High school football has hit the local turf as the High Prairie Renegades play in their second season in the Mighty Peace Football Conference.

The Renegades host St. Joseph’s Celtics of Grande Prairie in their home opener Sept. 14. The Valleyview Hillside Cougars visit on Sept. 19 at E.W. Pratt field. Both games start at 4:30 p.m.

“We’ve got a great group of guys and our secondary defence is one of the best in the league,” says new head coach William Stalen- hoef.
He succeeds Grant Killeen, who was head coach in the introductory season.

“I’d like to be able to be competitive, win a game or two and build on that,” says Stalen- hoef, who played for the Red Deer Wolverines men’s team in the Central Alberta Football Association.

“If everything comes together, I can see us earn a first-round berth in the playoffs.
“It will all depend on the players and their attitude and commitment.”

With a roster of 26 players from Pratt and St. Andrew’s Catholic School, most are new to the team and sport.

“Everyone’s got to get into shape and find their role,” Stalenhoef says.
“It’s all about the team coming together and we’ve got to play like a well-oiled machine.”

Johnny Linteris is one of the few stars returning from last year as is rated as an awesome player by the head coach.

Brendan Smith takes on the role of quarterback.

Dustin Chalifoux is a big addition to the team, Stalenhoef says, and will also see some time as quarterback as one of many positions, including running back.

The addition of the High Prairie Outlaws in the Peace Country Bantam Football League is welcomed by the Renegades.

“By having the Outlaws, football will not be new for Grade 10 players when they start with the Renegades,” says assistant coach Ryan Green, who returns.

“It will make the Renegades stronger and more competitive in the coming years.”

With six games in the season and three at home, the Renegades play their final home game Oct. 14 when they host the Peace River Pioneers at 4:30 p.m. 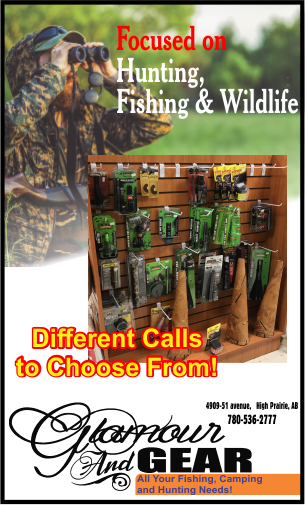