1947 – Sally Struthers, All in the Family actress.

This Day in Local History – July 28

July 28, 1913: A tennis tournament begins at the Hudson Bay board courts in Grouard. It concludes 17 days later.

July 28, 1914: Dominion Inspector T.R. Bunfield investigates the possibility of draining Stinking Lake, which is named Winagami Lake today, and Round Lake, which is Kimiwan Lake today, and opening the land to settlement. He notices the Heart River, which is 3/4 miles to the east, is 40-50 feet lower than the lake and could be drained. The Edmonton, Dunvegan and British Columbia Railroad objects to the proposal as they had chosen Round Lake as a second divisional point for their rail line to Peace River Crossing.

July 28, 1971: South Peace News editor Reg Burgar writes in an editorial why the wading pool is not yet open for the summer. “Give the kids back some water to play in,” he writes.

July 28, 1972: High Prairie Turbo gas station celebrates its grand opening with Ken Hendry as one of the owners.

July 28, 1986: Recreation director Doug Munn resigns to take on a similar position in Edson. He had been hired in June of 1981.

July 28, 1997: Strange lights sighted over town turn out to be only a weather balloon.

This Day in World History – July 28

1858 – 1st use of fingerprints as a means of identification.

1866 – Metric system becomes a legal measurement system in US.

1954 – “On the Waterfront” starring Marlon Brando is released.

1962 – Mariner I launched to Mars falls into Atlantic Ocean.

Cancer [June 22 – July 22] – It’s OK to be wrong. If you know you’ve made a mistake, feel free to admit it. Don’t let your ego stand in the way of progress. Others won’t want to deal with you if you insist what you’re doing is right all the time when perhaps it isn’t. Your mind may be a bit more fragile on a day like this, so try to be more sensitive and receptive than usual.

Leo [July 23 – Aug. 23] – Be careful about being too critical today. You’re likely to turn people away if you aren’t careful with how you express yourself. This is a good time to listen and receive as opposed to deliver information. Let things stew in your head for a while before you make any major decisions. You’re likelier to find a greater balance in the situation if you slow down and back off a bit.

Virgo [Aug. 24 – Sept. 22] – Your mental ability could be rather sluggish and lazy today. It could be you aren’t feeling as sharp as you’d like. This is most likely a sign you simply need to slow down and relax. Don’t feel as if you always need to deliver the keynote address. Be more of an audience member today and take advice from the other people up on stage.

Libra [Sept. 23 – Oct. 23] – One of the important lessons of the day for you is to remember that emotions are powerful things to recognize and honour. Don’t discount your feelings. In fact, it’s most important you embrace them with your whole being. Once you relax and settle into your true emotions, you’ll find your mind clears and you can make conscious, rational decisions about whatever issues come your way.

Scorpio [Oct. 24 – Nov. 22] – Someone may be calling you on certain behaviours today. It could be your aggressive nature rubs someone the wrong way and they simply don’t have thick enough skin to take it. You may not even be aware of how your warlike attitude affects those around you. This is a good day to see things from someone else’s perspective in order to gain a bit more data on the situation.

Sagittarius [Nov. 23 – Dec. 21] – Your mind is thinking quite clearly today. You’ll discover you have a keen ability to tune into the subtle energies that are moving through your life right now. The good news is your ego and brain are working together, and you may be able to strike a better balance between these two elements of your psyche much more easily than usual.

Capricorn [Dec. 22 – Jan. 20] – Your receptivity to new ideas is stronger than usual today. Listen to what people say and remember that you can learn from every person you meet. There’s a lesson in every situation. Remember to keep your brain exercised, just like any other part of your body. To keep it working properly, you must make sure you give it the daily stimulus that it requires.

Aquarius [Jan. 21 – Feb. 18] – Your mental clarity is astounding today. You’ll find your pattern of thinking reflects exactly who you are at the core of your being. The moment you walk out the door this morning, you’ll find that your brain wants to process everything. This action will give you greater assuredness and insight, making this a terrific day to stand up and speak your mind.

Pisces [Feb. 19 – March 20] – Tune into the thoughts of others. Focusing only on yourself means you’re missing the beauty and wisdom that come from other people. Respect their opinions the way you want them to respect yours. Your ego might get in the way of your brain until you embrace the lesson of sensitivity that it’s trying to teach you. Take a back seat and let someone else do the talking.

Aries [March 21 – April 20] – You’ll find your brain is extra sharp today and you have a greater sense of clarity regarding your purpose in life. It could be that your nurturing instinct is high and your general self-esteem depends on how useful you can be to the people around you. It may seem as if you’re everyone’s parent or watchful older sibling. Give people the advice they need to grow and be wiser.

Taurus [April 21 – May 21] – Many people conduct their lives without really making conscious decisions about their actions. People walk around like they’re asleep. Don’t fall into this trap. This is a good day to dust off your thinking cap and take action. Don’t let others make decisions for you. Take control of your destiny. To maintain the balance today, it’s important you swing toward the sensitive side of things.

Gemini [May 22 – June 21] – Your thinking is clear today and you’ll find it’s right in sync with who you are. Find your strength in conversations in which you display your keen insight into the situation at hand. Your detective-like nature is especially active, and others will find it hard to pull the wool over your eyes now. Stay tuned in to what’s going on around you. 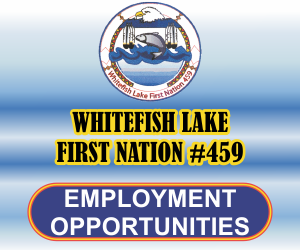