This Day in Local History – November 20

Nov. 20, 1912: The ED&BC railroad announces it will build 300 miles of railway from Edmonton to Dunvegan. It’s expected to be completed in three years. The route map will be filed with the Alberta government by the end of the month.

Nov. 20, 1969: An accident at the Wagner Mill near Enilda claims the life of Sheldon Peever, 30. He is struck by a log after it jumps the carrier in reverse.

Nov. 20, 1972: Darlene Dupuis competes and loses in her bid for Miss Edmonton title for the right to advance to the Miss Canada Pageant.

Nov. 20, 1987: Father Elphege Fillion, 69, dies in an accident near Westlock. He served the Lesser Slave Lake area for over two decades.

Nov. 20, 1990: HPSD trustees vote to close Carole Bannister School in Faust due to a low enrolment of only 29 students.

Nov. 20, 1991: HPSD tells Faust Councilor Albert Burger they will not intervene in his efforts to keep Carole Bannister School open by asking Northland School Division to take over the facility.

Nov. 20, 1991: The High Prairie School Division agrees to kick in $20,000 toward construction of a track facility at E.W. Pratt High School.

Nov. 20, 1999: Donna Smith is awarded the Nichi Medal of Distinction posthumously in Edmonton. The founding member of MITAA received the award for her work on addictions awareness, healing and treatment.

Nov. 20, 2014: Author Larry Loyie unveils his newest book, Residential Schools with the Words and Images of Survivors, at the local library.

Nov. 20, 2014: Ronald Boyd Torrens passes away in High Prairie at the age of 80 years. A long-time farmer, he was also an avid fishermen.

This Day in World History – November 20

1917 – 1st successful tank use in battle, at the Battle of Cambrai.

1945 – The Nuremberg trials begin as 24 Nazi leaders are put on trial.

1984 – Search for ExtraTerrestrial Intelligence is founded.

1998 – 1st module of the International Space Station, Zarya, is launched.

2012 – Toshiba unveils a robot designed to help in nuclear disasters.

2015 – Report: more than half of all trees in Amazon at risk of extinction.

Cancer [June 22 – July 22] – You have a promising day ahead. Finally, you will advance by leaps and bounds in whatever needs to be done. Whatever has been causing the delays will likely be revealed today. You return to the skill and professionalism you so value after several weeks of halting progress. Don’t tolerate any violation of your ethics now or in the future.

Leo [July 23 – Aug. 23] – There’s some likelihood that something you need or want has been eluding your grasp. The somewhat strained aspect of the heavens lately hasn’t helped. But today everything is within reach, especially if it was material considerations holding you back. You have an auspicious day ahead, so make the most of it!

Virgo [Aug. 24 – Sept. 22] – The day ahead will be a soothing one. Since it’s auspicious for the material aspect of things, it’s a good time to settle household issues like bills or repairs. But you might also take advantage of today’s aspect to set in motion even more ambitious plans about your living situation. Is it time to think more seriously about that move you’ve been dreaming of?

Libra [Sept. 23 – Oct. 23] – You will be full of ideas for improving your lifestyle, especially as it relates to your family. It’s true that over the past few months you’ve experienced some hardships. You can breathe easier now. Whether it’s for your career or home, today’s initiatives are likely to bring great rewards. Take advantage of the atmosphere to put together a realistic plan for the future.

Scorpio [Oct. 24 – Nov. 22] – Is discipline high on your list of priorities lately? You’re undoubtedly trying to inject some order into your daily life, and your behaviour could benefit from some adjustment as well. Whether it concerns food, hygiene, or simply the intensity of your daily rhythm, it’s possible you will notice a real improvement today.

Sagittarius [Nov. 23 – Dec. 21] – You can expect your mood to improve today. The professional and private projects you have at the moment should be progressing well. You feel reassured, and you’re encouraged to make some new plans. If you continue to keep up the good rhythm, you will have success in redefining your goals and life direction.

Capricorn [Dec. 22 – Jan. 20] – Some people say you miss out on life because of your tendency to observe your life rather than experience life directly. If that’s the case, then today will be a real departure for you. You will suddenly seem more in contact with your sentiments and be more present and connected to those around you. It feels good for a change, doesn’t it?

Aquarius [Jan. 21 – Feb. 18] – Today, you’re in the mood for commitment! Take time to connect with the social world as you seek like-minded people who can share your intimate, individualistic realm. Ultimately, we all have to figure out how to make our way in society. Today you will feel more sociable than usual. Expect to have some good ideas about ways you can enlarge your social circle.

Pisces [Feb. 19 – March 20] – As you generally adore hogging the limelight, you may be surprised to learn today this could be quite a dangerous place for you to be. This may mean that, rather than showing off your true star potential, you embarrass yourself and your partner [current or prospective] by saying something half thought out and totally tactless. It may be best to keep silent!

Aries [March 21 – April 20] – It seems the new planetary lineup has just opened up some doors that had previously been shut. You revel in the confidence people have in you. It isn’t that your abilities have changed, just your attitude! People trust you because you exhibit more self-confidence. It’s a wonderful feeling, isn’t it? Hold on to it at all costs.

Taurus [April 21 – May 21] – There is a possibility you feel cheated or taken advantage of in some way. Do you feel as if you’re paying more than your fair share? The day ahead gives you an opportunity to achieve recognition for your efforts and perhaps redress some grievances. It’s odd that despite your tendency to espouse fairness, you feel uncomfortable when the authorities rule in your favour.

Gemini [May 22 – June 21] – You’re gifted at bringing people together, there’s no doubt about that. Today will be especially good for participating in or initiating group activities. It’s a favourable day for any project related to fellowship and assistance. You might do the groundwork to form a team, discussion group, or charitable endeavour. 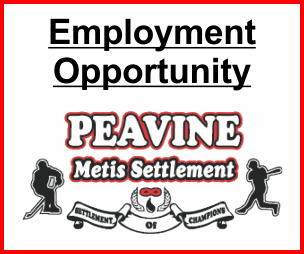 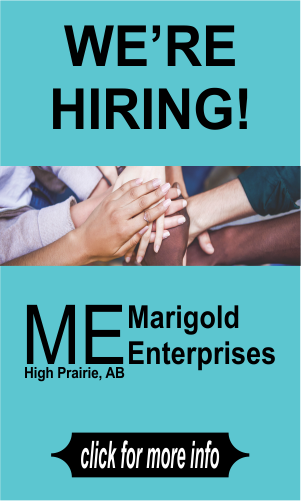