Nov. 6, 1971: Adult education classes are held for the first time at Joussard School. The classes include sewing, bookkeeping, math and English, are sponsored by the Joussard Chamber of Commerce.

Nov. 6, 1974: High Prairie merchants talk about restricting the sale of glue to area youth to combat a serious glue sniffing problem in the area.

Nov. 6, 1991: Faust I.D. Coun. Albert Burger tells council he will not take part in any debates except for those concerning Faust.

Nov. 6, 1991: The High Prairie hospital board reports that theft at the hospital is at a record high. About $4,000 was stolen the last three months.

Nov. 6, 1993: John Rose scores 12 seconds into overtime to give the visiting High Prairie Regals a 5-4 win at Fairview as the NPHL season opens.

Nov. 6, 2005: Charles Dube shoots an impressive set of antlers. Unofficially, the rack is the firth best ever recorded in Alberta.

Nov. 6, 2009: High Prairie loses one of its finest citizens as Fred Spendiff passes away at the age of 87 years.

Nov. 6, 2017: High Prairie Girl Guides purchase $400 worth of pet food for In the Woods Animal Shelter. The $400 value is raised by collecting Freson Bros. stamps.

Nov. 6, 2018: RCMP arrest two people after a firearms theft at Kinuso Merchantile earlier in the day. The arrests are made at Barrhead.

1572 – Supernova is observed in constellation known as Cassiopeia.

1928 – Swedes start a tradition of eating pastries to commemorate the king.

1979 – Ayatollah Khomeini takes over in Iran.

1999 – Australians vote to keep British monarch as their head of state.

2005 – “Harry Potter and the Goblet of Fire” premieres in London.

Cancer [June 22 – July 22] – Money matters may need attention today. Bills need to be paid, cheques deposited, or contracts executed. The relief you get from handling this should lift your spirits considerably. Get out in the fresh air, take a walk, and work off some of your energy. Get the endorphins going. Phone a friend and spend the evening on the town. You’ve worked hard and you deserve it.

Leo [July 23 – Aug. 23] – You’re in a great mood, and you’re raring to go at just about anything. Your physical energy is high, so some exercise is indicated, possibly sports. You might want to take a short trip out of town or embark on a new course of study or try your hand at writing. Your enthusiasm and optimism are high, so the sky’s the limit.

Virgo [Aug. 24 – Sept. 22] – Today you might feel a strong psychic link with a friend who lives far away that you haven’t seen for a long time. You might wonder what this person is up to and this could be a bit worrying. Don’t be shy. Call! One way or another, you should know what’s happening. It could be that your friend is just having a bad day. Provide a sympathetic ear!

Libra [Sept. 23 – Oct. 23] – Group activities or meetings could prove fraught today as those around you get pulled into discussions about which they feel strongly and on which they don’t all agree! This isn’t a good day to get involved in heated discussions even if you find the idea tempting. Stay out of it! Find someone who’s also staying out of it and talk to that person.

Scorpio [Oct. 24 – Nov. 22] – The possibility of impending changes in your personal or professional life could have you feeling worried and insecure. Don’t be. If anything, you’ll benefit from these changes. There could be a lot of tension and stress in the air, and it will be hard to avoid picking up on this energy. Try to relax! Let yourself be carried along by the current.

Sagittarius [Nov. 23 – Dec. 21] – You may have been making plans to take a long trip or return to school for an advanced degree. Until now you may have put it off. You’ve finally stepped over the line and made the decision to do it. There’s no stopping you! You may spend a lot of time on the phone gathering information and making preliminary arrangements.

Capricorn [Dec. 22 – Jan. 20] – Legal papers regarding money that you may have been working on for a while should finally be done today. This should lift your spirits if for no other reason than to have it all out of the way! You should feel especially talkative, enthusiastic, and passionate. You may want to schedule a romantic evening with your partner. Have fun!

Aquarius [Jan. 21 – Feb. 18] – Some bad experiences regarding career, family, travel, or education could have a friend, colleague, or love partner in an explosive mood today. This person could be unpredictable now – happy one minute and in the depths of gloom the next. Don’t try to give advice or cheer up him or her. It will only result in anger. Stay out of the way and let your friend work through it.

Pisces [Feb. 19 – March 20] – Job stress might be getting to you. Drinking a lot of water would be a good idea. Moderate amounts of exercise and rest are also indicated. Don’t eat very spicy foods. This is a good day to catch up on reading, studying, or research. Your physical self may not be what it should be, but your brain is sharp.

Aries [March 21 – April 20] – Today you should feel romantic and passionate and want to get together with your love partner. You’ll probably do that, but it may be difficult and only arranged at the last minute. Don’t panic if you can’t reach your friend during the early part of the day. Don’t give up. You’ll have a great evening.

Taurus [April 21 – May 21] – A woman, perhaps a colleague who’s very bright and sometimes annoying, could visit you today. If you aren’t careful, this person could goad you into a heated discussion or arouse your insecurity. Try to distance yourself. This person has issues of her own to deal with that have little if anything to do with you. Be polite and understanding and then show her the door!

Gemini [May 22 – June 21] – A lot of calls could come your way today. Some involve people who live far away, some are from friends with heavy emotional difficulties, and one could come from a romantic partner with whom you’re very anxious to get together. You might hop in the car to meet this person somewhere familiar in your community. Don’t wear your voice out talking on the phone! 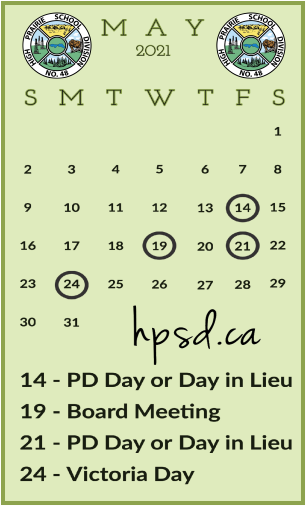