This Day in Local History – October 18

Oct. 18, 1958: Farmers Union of Alberta president Arnold Platt comes to High Prairie to speak to a crowd at the Park Hotel.

Oct 18, 1971: Gerald Doerksen is appointed mayor of Kinuso by the three elected members of the village council.

Oct. 18, 1973: An oil spill dumps an estimated 30,000 gallons onto the ground. A bullet hole causes the spill on the pipeline, located northeast of High Prairie near the Heart River.

Oct. 18, 1998: High Prairie businessman Danny Kachnic dies of a heart attack in Edmonton at the age of 45 years. He owned or co-owned Schell’s Carpets, the Roxy Theatre, the Entertainment Centre and KBS-TV.

Oct. 18, 2008: The High Prairie Golf Course suffers damage after someone drives a vehicle on fairways and greens thus ripping up turf. Damage is estimated at $10,000.

Oct. 18, 2010: High Prairie provincial court Judge Thomas Goodson says after testimony that, “This is the wildest story I’ve heard in a long time” before sentencing Terrance R. Willier, 29, to 15 days in jail for obstructing or resisting a police officer.

This Day in World History – October 18

1860 – The Second Opium War ends at the Convention of Peking.

1950 – Connie Mack retires as manager of Philadelphia A’s after 50 years.

1995 – Winnipeg Jets sold to Americans who plan to move them to Phoenix.

2007 – After 8 years in exile, Benazir Bhutto returns to Pakistan.

2013 – Saudi Arabia becomes 1st country to turn down a seat on the UN.

Cancer [June 22 – July 22] – Peace and harmony are in the regularly scheduled program for the day, but there is a good chance there could be a warring force with strong opinions and vindictive tendencies. Hold onto your hat, and make sure you have your actions well aligned with your soul or else you could be thrown into a battle that has nothing to do with you.

Leo [July 23 – Aug. 23] – I told you so might be your motto of the day. Try not to rub this in other people’s faces. Indeed, you have the foresight to witness an action and see the consequences right away. These consequences might rear their ugly heads on a day like this. Use your incredible perception and intuition to home in on the best solution possible and work toward that goal before things get out of hand.

Virgo [Aug. 24 – Sept. 22] – You may know exactly the right thing to do today, but for some reason, the action required may be a hard thing for you to implement. Take an active role to get involved. Say your peace, but don’t get so attached to the results that you get upset and discouraged if things don’t exactly work out according to plan. Independence is an important virtue to hold onto today.

Libra [Sept. 23 – Oct. 23] – Make sure your opinion doesn’t get lost in the frenzy of the day. Your words may not quite fit with the things that people want to hear. Try not to take this personally. Realize this isn’t an indication that your words are any less important. You have an incredible gift of being able to see things that others can’t. Cherish and nourish this ability instead of invalidating it.

Scorpio [Oct. 24 – Nov. 22] – You have two choices today. Either jump into the thick of the mess with both feet or stay out of it altogether. There are definitely two distinct camps setting up their arsenals for battle. Realize there is also a soft, tender, harmonious aspect that just wants peace. It will be hard to ignore the fact that your usual warring nature is ready to do battle.

Sagittarius [Nov. 23 – Dec. 21] – You may end up being the peaceful saviour that calms everyone down today. Use your artistic nature and love of beauty and harmony to inspire others to put away their differences and concentrate on the positive aspects. Generous acceptance of others is the only way to go, especially today, when people are riled up and ready to fight. Do your best to promote peace.

Capricorn [Dec. 22 – Jan. 20] – Your unique ability to communicate with many different groups and personalities will be extremely important today to maintaining a bridge between warring camps. Keep things moving and try not to let the situation stagnate on any one issue. If the conversation turns to raging and ranting, it’s in your best interests to stop it right away. Don’t be afraid to step up and take a leadership role.

Aquarius [Jan. 21 – Feb. 18] – You might feel like you’re getting worked up from all angles today. Find comfort in knowing that things will definitely improve by tomorrow. You might get the feeling that somehow you’re all alone despite the circle of friends that surrounds and loves you. You may be called to action by a strong force. Try to stay abreast of information and developments around you so you can make the most informed decisions possible.

Pisces [Feb. 19 – March 20] – Try to rise above the potential tension and rough spots of the day. Do yourself a favour and don’t feel like you have to stoop to another’s level. Take pride in your actions and do things with confidence. Work with the negativity. The worst thing to do would be to ignore it. Approach problems squarely as soon as they arise. Don’t dredge up the past. It’s time to move forward.

Aries [March 21 – April 20] – You might want to escape the frenzy of the day by going shopping. Align yourself with partners and allies who share your views. Try to keep the disagreements to a minimum. There is enough tension and war raging in the world around you today that you don’t need to add to the negative force by contributing disputes and ailments to the situation.

Taurus [April 21 – May 21] – Your mood should be quite good today, although there may be some strong forces at work trying to subvert this positive attitude. Try not to let other people’s disagreements bring you down. Take the high ground and you will certainly prevail. A peaceful nature is extremely important in order to balance the anger and hostility that’s present all around. Be the one to promote this harmony.

Gemini [May 22 – June 21] – Today’s arena is one in which you can find a great deal of material. There will be no shortage of energy to work with or opinions coming from you. Realize your words have a greater potency about them as people become more intent on uncovering the truth. Apply yourself to peace and cooperation among groups. Help people work together toward a common goal. 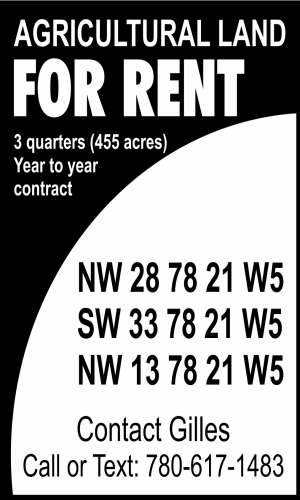 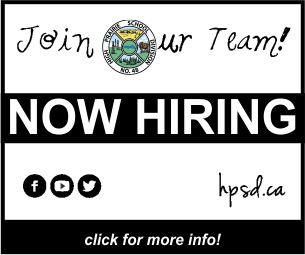