This Day in Local History – October 20

Oct. 20, 1969: Remaining staff at St. Bruno Mission School in Joussard begin the disheartening task of dismantling, sorting and packing equipment and supplies after the closure of the school is announced four days earlier.

Oct. 20, 1986: Ron and Diane Ukrainetz purchase the Macleods store and move to town from Kelowna.

Oct. 20, 1987: Cree Airways denies rumours it is in financial trouble. It stops flights into town before the end of the month.

Oct. 20, 2006: A picker truck being used at the Gordon Buchanan Recreation Centre construction site is vandalized.

Oct. 20, 2007: Rueben Ben Kohn dies in his home at the age of 78 years. He founded and owned Ben’s TV repair service and was active in many organizations including the United Church, Christian Business Men’s Fellowship, Toastmasters, the High Prairie Association for Community Living and Marigold Enterprises.

Oct. 20, 2009: Alberta Health Services staff inform Festival of Trees organizers the event will be canceled this year at the hospital because of the H1N1 flu outbreak.

Oct. 20, 2011: The High Prairie and District Palliative Care Society holds an open house to honour Louisa Rich for her contributions to the organization.

Oct. 20, 2015: Steve Rosychuk passes away at the age of 90 years. He was a former long-time employee of Bissell Bros. Lumber.

Oct. 20, 2018: The High Prairie Outlaws win their first game in franchise history after destroying the hometown Grande Prairie Raiders 64-0. It is also the first-ever win for the High Prairie & Area Football Society. The senior Renegades were also winless in their history.

This Day in World History – October 20

1864 – US Prez Abraham Lincoln establishes Thanksgiving as a holiday.

1903 – US wins disputed boundary between District of Alaska & Canada.

1956 – Hannes Lindemann begins trip across Atlantic in a 17-foot craft.

1967 – A purported bigfoot is filmed at Bluff Creek by Roger Patterson.

1975 – US Supreme Court ruling: teachers can spank pupils after warning.

Cancer [June 22 – July 22] – You may still be on something of a high from the last couple weeks. You will definitely be tempted to let the good times continue to roll. Think about ways you can keep them rolling while still maintaining good judgment. Don’t let things get too out of control today. It’s important you maintain a bit of stability at all times.

Leo [July 23 – Aug. 23] – Communicate from a centered space today. Fortunately, the nature of the day caters to your needs and desires. You shouldn’t have to work too hard to get what you want. Things should come to you naturally. You may wonder why you got stressed out before over what now seem to be small issues. Consciously release the worry and concern that are still stored in your body.

Virgo [Aug. 24 – Sept. 22] – Work toward achieving a better unity between you and the people around you. It could be that certain people in your circle of friends somehow feel alienated in one way or another. Perhaps they don’t feel like they fit in with the rest of the group. Remind yourself and others that everyone is unique and that all should be equally accepted despite individual differences.

Libra [Sept. 23 – Oct. 23] – You will feel much better about yourself if you get things done today. Like a meal that tastes good but isn’t necessarily good for you, you might enjoy this day by being lazy, but you won’t feel so good when night comes and you realize that you haven’t accomplished anything. Use the day productively so you have a sense of fulfillment by tonight.

Scorpio [Oct. 24 – Nov. 22] – You might consider taking a rest today. Like a sailboat on the ocean, you’ve been taxed lately by all the turbulence. The pressure on you has been tremendous. Think about pulling your sails to half-mast in order to take a break. You may not be going as quickly as before, but you will find that this is exactly the rest you need in order to complete the voyage.

Sagittarius [Nov. 23 – Dec. 21] – Your thinking is apt to be quite clear and rational today. This is especially important since others will be looking for your thoughts and opinions on a certain matter. People will know that they can get a straight and honest answer from you, so don’t disappoint them. Think through each situation clearly before you offer your advice. You will find that it’s worth the effort.

Capricorn [Dec. 22 – Jan. 20] – By being around negative and flip people, you might inadvertently pick up these habits. Be careful about your associates, because you will find that others judge you according to the company you keep, especially if you start talking like them. Make sure to maintain a respectful attitude and proper manners no matter who your company is.

Aquarius [Jan. 21 – Feb. 18] – You may feel like the world is caving in on you in many ways today. It could be you’ve recently dug your own little cave to crawl into and be safe from the outside world. Realize that the deeper you dig in unstable terrain, the more unsteady the walls. If you aren’t careful, it’s likely to come crashing down on top of you.

Pisces [Feb. 19 – March 20] – Remember that you can only remain in charge as long as the others around you support your personality and leadership abilities. Avoid mutiny by taking care of the people in your world instead of simply trying to run their lives. Gain respect with kind words and a sensitive attitude rather than by enforcing harsh rules and regulations that restrict and aggravate.

Aries [March 21 – April 20] – There should be no doubt in your mind about which way to proceed. Don’t let self-doubt sneak into the picture. Your mind is sensitive and alert, so trust it. Take the lead when you feel confident about a situation. Make sure to eat plenty of protein-rich foods. They’ll help stabilize and bring you another step closer to the realization of your dreams.

Taurus [April 21 – May 21] – Your rock-star attitude may be getting a bit old now. People aren’t going to continue to listen to your demands for attention. Every person in the world is special, so try not to act as if you’re the only one who is. Help a child assemble a new toy today or help a friend pick out a new shirt. Do something for others instead of always expecting things for yourself.

Gemini [May 22 – June 21] – Your ship is finally coming into port after being out in rough seas for so long. It’s time to dock the boat for a while. Relax and explore the area. There is nothing wrong with getting off your vessel for a while. You may not even realize how much you’ve missed solid ground until now. Remember what it’s like to be stable again. 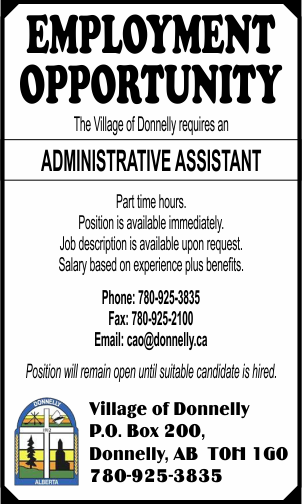 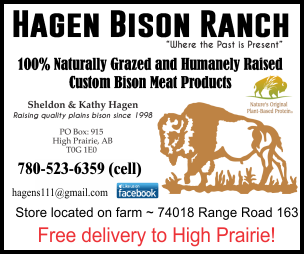